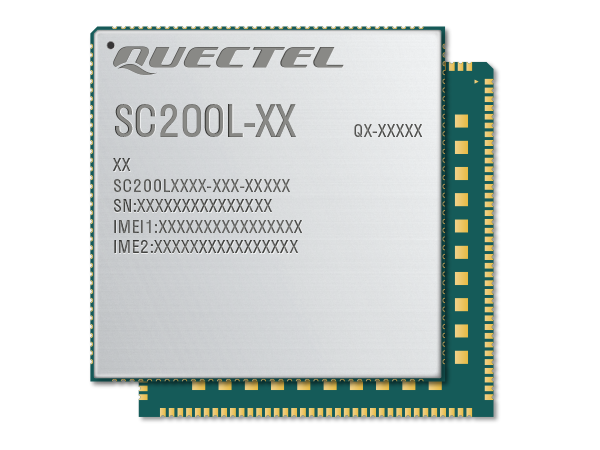 Download Product SpecificationsHave a question? Contact us
If you are based in EMEA or Asia Pacific you can activate and manage the connectivity of your modules directly with our Connectivity Services - worldwide rollout to follow throughout 2022
Learn more

The SC200L series (dual-band Wi-Fi) supports multiple-input multiple-output (MIMO) technology. The use of multiple antennas at the receiver end at the same time and on the same frequency band greatly minimizes errors and optimizes the data speed. This module also combines high-speed wireless connectivity with embedded multi-constellation and high-sensitivity GNSS (GPS, GLONASS and BeiDou) receiver for positioning.

Not sold in US, Canada, Australia, New Zealand, Japan, or South Korea