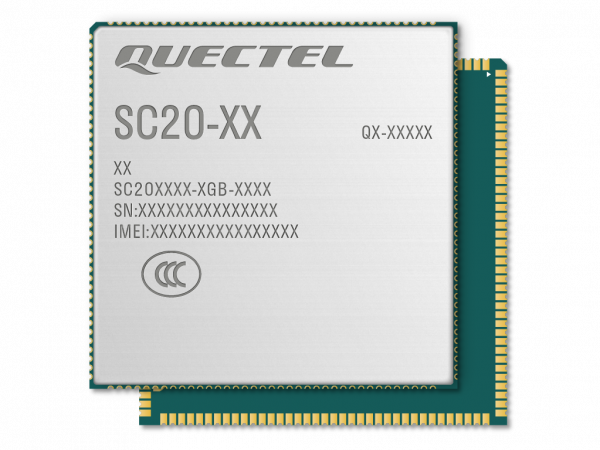 Download Product SpecificationsHave a question? Contact us
Customers in EMEA or APAC can activate and manage the connectivity of their modules directly with us
Learn more

The SC20 is suited to both industrial and consumer applications requiring high data rates and high-speed internet access. It delivers data rates of up to 150Mbps downlink and 50Mbps uplink on LTE networks, and supports wireless communication via IEEE 802.11a/b/g/n and BT 4.2 LE. It is also backward-compatible with EDGE and GSM/GPRS networks, ensuring connection even in remote areas without 3G or 4G coverage. Multiple-input multiple-output (MIMO) technology allows the SC20 to greatly minimize errors and optimize data speeds. The series also combines high-speed wireless connectivity with embedded multi-constellation and a high-sensitivity GNSS (GPS, GLONASS, Galileo and BeiDou) receiver for positioning.