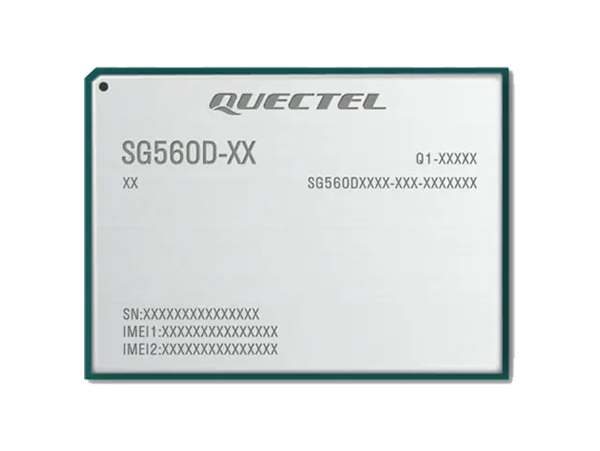 Download Product SpecificationsHave a question? Contact us
If you are based in EMEA or Asia Pacific you can activate and manage the connectivity of your modules directly with our Connectivity Services - worldwide rollout to follow throughout 2022
Learn more

The SG560D is a series of Quectel’s new generation multi-mode 5G smart modules with built in Android 12 OS. Based on QCM6490 high-performance 64-bit octa-core processors with a built-in Adreno 643 GPU, it is ideal for both industrial and consumer applications requiring high data rates and multimedia functions. SG560D is available in three variants: SG560D-CN , SG560D-EU*and SG560D-WF*.